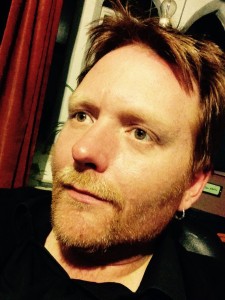 The fourth poet in our series of introductions to performers taking part in International Poetry ReIncarnation at the Roundhouse in Camden on 30th May 2015 is Adam Horovitz.

Born in 1971, Horovitz has been active as a poet since the 1990s, treading a fine line between page and performance poetry. He released his first pamphlet, Next Year in Jerusalem, in 2004 and a second, The Great Unlearning, in 2009. He was the poet in residence for Glastonbury Festival’s official website in 2009 and was voted onto the Hospital Club 100 in 2010 as an ’emerging talent’. His debut collection, Turning, was released by Headland in 2011. He was awarded a Hawthornden Fellowship in 2012. In 2014, he released A Thousand Laurie Lees, a verse-fuelled memoir from The History Press, and Only the Flame Remains (Yew Tree Press) and was one of five British poets selected by Ledbury Poetry Festival in 2015 to be part of the pan-European Versopolis project.

Here’s a poem by Adam Horovitz from his Soundcloud account.