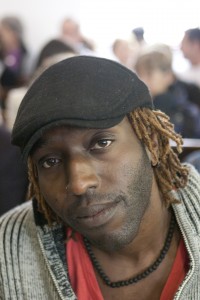 The ninth person in our series of introductions to performers taking part in International Poetry ReIncarnation at the Roundhouse in Camden on 30th May 2015 is the commanding poet Kei Miller.

Winner of the 2014 Forward Prize for Best Collection, Kei Miller was born in Jamaica in 1978. He was educated at the University of the West Indies and Manchester Metropolitan University. His winning collection “The Cartographer Tries to Map a Way to Zion” explores science, imagination, and clashing perspectives through the lens of an exchange between a teeth-kissing cartographer and a sceptical Rastaman with a PhD.

Shortlisted for both last year’s Costa Book Awards and the Dylan Thomas prize, Kei has published two previous collections: “There Is an Anger That Moves” (2007), and “A Light Song of Light” (2010, shortlisted for the Scottish Poetry Book of the Year Award, the John Llewellyn Rhys Prize, and selected for the 2014 PBS Next Generation Poets). He also edited Carcanet’s “New Caribbean Poetry: An Anthology” (2007), and teaches Creative Writing at the University of Glasgow. He is also an accomplished writer of fiction. 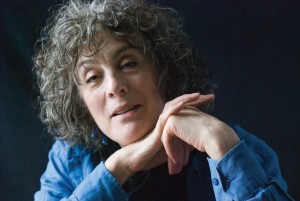 The seventh person in our series of introductions to performers taking part in International Poetry ReIncarnation at the Roundhouse in Camden on 30th May 2015 is the electrifying Eleanor Bron.

Eleanor Bron is a writer and actress. Her career started  in satire in the 1960’s, working  in Peter Cook’s Establishment  nightclub, alongside John Bird and John Fortune, and continued in both comedy and drama, in theatre, television and radio. Roles she has played include Hedda Gabler, Pegeen Mike, Hermione Hushabye, Jean Brodie, Mme Dubonnet and the Duchess of Malfi.  Her TV work has  ranged from Absolutely Fabulous to Play for Today, including A month in the Country and Jehane Markham’s Nina.

Among her films are Help; Bedazzled; Two for the Road, Women In Love,  the House of Mirth, The Heart of Me, &  A Little Princess. She has written two books of memoir, a novel, verses for Saint-Säens’ Carnival of the Animals, a song-cycle (with John Dankworth); and co-written several comedy series for television. She is currently working on a series of short plays in verse.

The estimable master Lawrence Ferlinghetti turns 96 today. Here he is, interviewed recently by PBS: “Love and hate are viruses.” 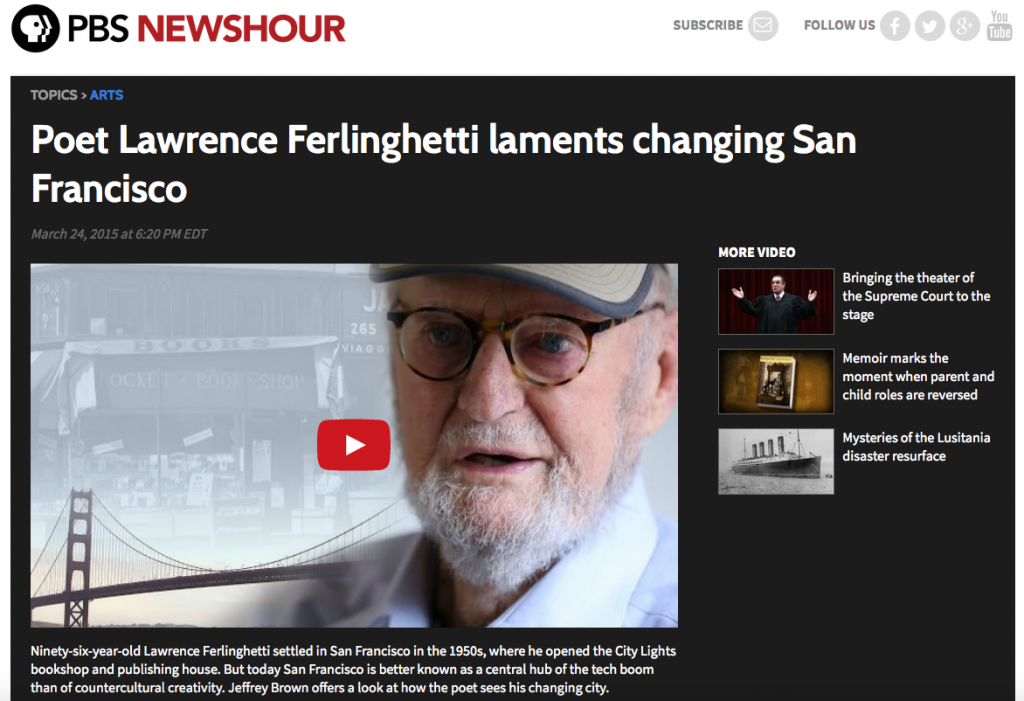